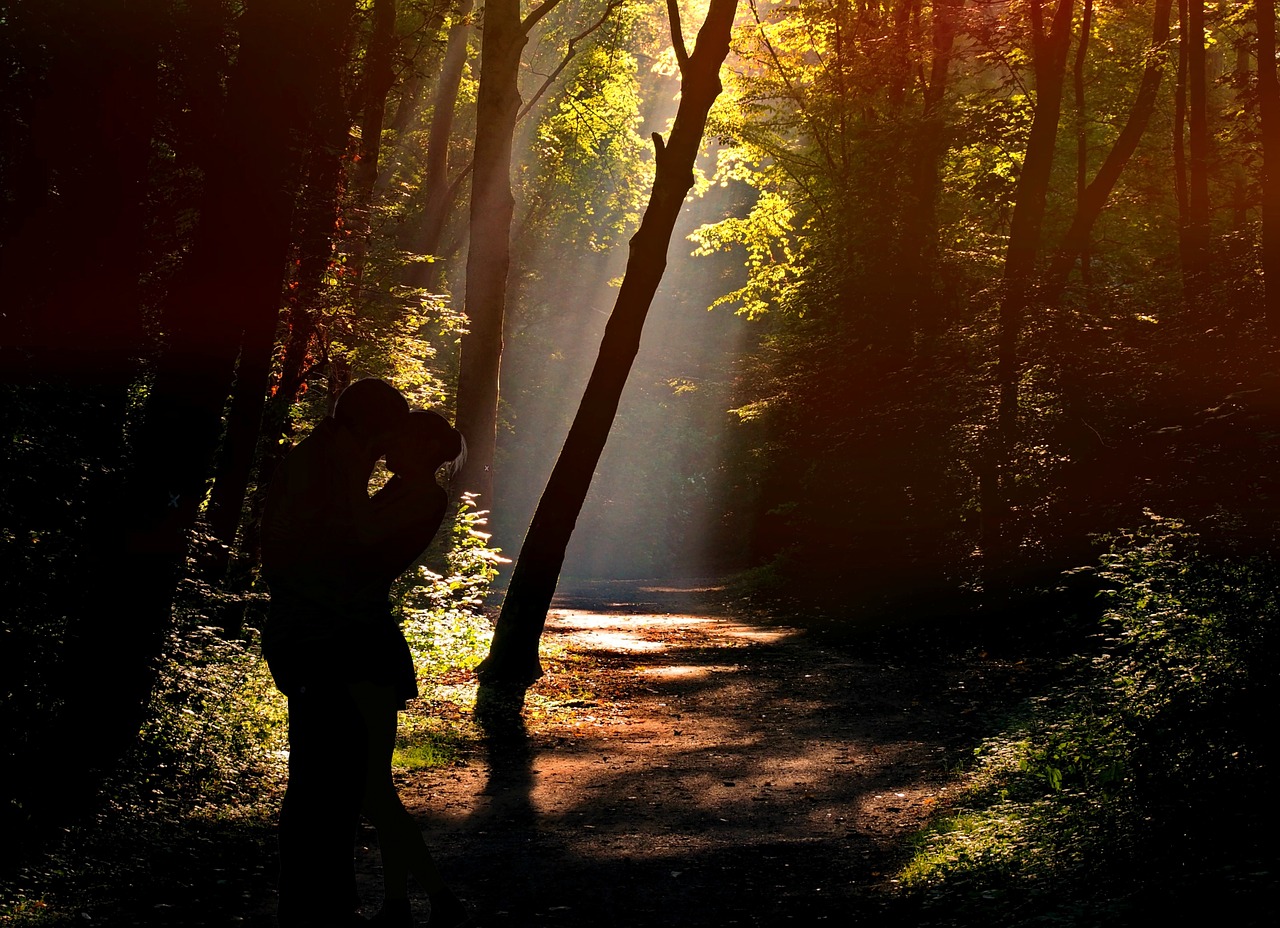 Brendan ascended the steep jagged stone steps to the top of the cavern. He stopped for a moment, glanced down toward the valley, still amazed at the journey he had embarked on. His adventure, though short-lived, gave credence to the stories his grandfather told him. The ancient-looking texts in his grandfather’s library wielded outlandish stories of other worlds accessed through a mystical tunnel or corridor. The Appalachians called this section of the Tennessee mountain range, Fateful Mountain.

Now at the top of the cavern, Brendan looked behind him, reassuring himself that he hadn’t attracted attention. He reached out and laid his hand flat upon the Triquetra rune of protection symbol. He couldn’t explain why or how, but he opened the gateway to and from the corridor. A transparent filter appeared—he walked through. The moment he was inside the corridor, the barrier disappeared, replaced with a rock wall and another Triquetra symbol.

Cara, blonde like her father, brushed out her long shiny hair. She pulled her hair back into a lush flowing ponytail. Now 23 years old, She finally had an apartment to herself. She looked around her home and smiled with satisfaction. Her unicorn collection that sat on the corner hutch with glory comforted her. A knock at the door made her jump, but she knew who was on the other side.

Giggling, she yelled, “Who is it?”

“It’s your favorite wolf,” said a male voice on the other side of the door.

Cara opened the door, peered at Brendan with her green eyes. “Do I know you?” Brendan’s deep brown eyes and black hair excited her.

Brendan reached in and poked her belly. The door flew open, and he chased her to the couch. She fell on her back as he moved in on her. Brendan wrapped himself around her and gave her a passionate kiss.

Cara interrupted the kiss, “Hey, where were you? I’ve been calling you all day.”

“Do you remember those rolled up texts and old books in my grandfather’s library?”

“Yes. Oh, don’t tell me you went searching for that tunnel again.”

Brendan grinned. “I did, and guess what? I found it.”

“I can’t believe it. Can you find it again?”

“I’m going back tomorrow, do you wanna come with?”

“Do unicorns have horns?”

“Funny. I want to start early, like eight in the morning. Cara, I went all the way through the tunnel, and I made it through the barrier.” Taking a deep breath, Brendan glanced at Cara.

“Well, say something. What do you think of what I told you?”

“I’m sort of shocked. I’m not sure what to think. That means everything our parents and grandparents told us is true. We are descendants of witches and wizards. That explains how you were able to pass through the barrier.”

“I plan on going through again. You don’t have to go through the tunnel with me, but I hope you do.”

“I’m not sure… I’ll think about it. What did you see—what was it like?”

“I’ll tell you about it tomorrow on our trip to the mountain. I’m tired, and all I want to do is eat, sleep, and play with you,” he winked.

“Yeah, yeah. We’ll play hide-n-seek in the sheets.” Cara ran her fingers through his black hair.

Brendan kissed the birthmark on the side of Cara’s neck. The birthmark closely resembled the Triskelion symbol of progress and revolution. As he lay in bed next to her, he thought how the symbol suited Cara perfectly. She always believed in change and pushed to improve the lives of those around her. Cara was a friend of the people—a true unicorn.

Both of their families had surrounded themselves with mysticism and magic. Brendan’s family had the Triquetra symbol present in their home for as long as he could remember. Cara’s family displayed the Triskelion, although Cara’s sister, Kenna, hated it. Kenna preferred the Dara Knot because it represented power.

Cara stretched and arched her back before turning to glance at Brendan. “Hey, good morning. What time is it?”

“It’s a little after seven. We need to get going. I want to be out of here by eight. I’m going to pack a couple of backpacks for us.”

Cara sat up, rubbed her eyes, and yawned. “I’ll get some coffee for us and a little breakfast.”

As they approached the road that led to Fateful Mountain, Cara glanced through the canopy of trees. They’d been here many times, and she couldn’t imagine where the Soul Corridor was. Her stomach churned, and she sensed a change.

Brendan glanced at Cara. “You all right?”

“If you think you feel strange now, just wait until we enter the tunnel.” Brendan reached over and patted her knee.

Brendan turned down an obscured road that could double as a walking path. The truck jolted and ricocheted over the rugged terrain, and branches snapped from the force of the truck. They stopped just short of an outcropping covered with shrubs.

“Come on. Grab your backpack and prepare for an adventure!”

Cara leaned forward to glance through the windshield. “This is it?”

“Yep. You’ll see.” He led her around the outcropping to the right and then turned left.

The sound of trickling water bounced off the outcropping. The further they walked, the louder the water became. A small waterfall camouflaged a cave-like opening that looked out over a small valley. As she glanced into the valley, old crumbled stone buildings stood as reminders of a once-thriving community.

“Is that the abandoned village we’ve heard about for years?”

Brendan nodded. “Let’s keep going. The entrance is behind the waterfall.” They shimmied around the water to enter the tunnel, but not before noticing the inscription on the wall outside the opening.

“Wow. I can’t believe we are here. This is surreal.” Cara stood, staring at the walls. On each side of the tunnel, she saw the Triquetra symbols. “I feel peaceful here.”

“I know, but it’s still sort of strange, don’t you think? I sense something watching us. Maybe that’s why they call this Soul Corridor.”

Brendan took Cara’s hand, and they walked toward the other end. “I know you wanted to hear about my experience from the other day. Let me just say that the people I met in the world I entered are descendants from wolves. My grandfather said that this tunnel reads your soul so that when you cross the barrier, you go to a world that represents your soul.”

“Wow. How weird; you’ve always loved wolves. And you’re spirit animal is the wolf.” Cara wondered where the tunnel would take her, and what it would read her soul. She now understood why her parents made her practice magic while refraining from using magic too often. The presence of magic was dominant in the tunnel—so much so, it almost overwhelmed her.

“Cara, this tunnel or whatever it is, will take us to the world of whoever walks through the barrier first. I want you to walk through first because I want to see where it takes us. What do you think?”

“Will you hold my hand when we walk through?”

“Put your hand palm down on the Triquetra symbol and hold it there. The wall will fade, and a transparent filter appears. That’s when we can walk through it.”

Cara did what Brendan told her to do. She squeezed his hand, and they passed through the filter. The sensation Cara felt when passing through the filter left her dizzy and physically unbalanced. She stumbled and fell to her knees.

“Hey, are you okay?” Brendan knelt beside her.

They stood and glanced at their surroundings. The trees, covered with bright pink flowers, had strange glittery bugs swarming in groups around them. A small blue lizard-like creature scurried into the grass a few feet away. The pale green grass smelled sweet, like cotton candy.

“Cara? This is exactly the type of world I expected from your soul.”

Speechless, Cara pointed to the wooded area to the right of them. Peering from behind a large tree was a humanoid creature with pearl-white skin and iridescent blue-green eyes. Between the creature’s eyes and forehead was a pronounced bump.

Brendan and Cara exchanged a wide-eyed glance before walking toward the creature—careful not to seem intimidating. In a matter of minutes, there were about fifty of the creatures appearing from behind the trees.

“Are you seeing what I see?” Cara whispered.

The creatures circled Brendan and Cara. They moved closer and closer until they could touch them. The tallest of the creatures reached out and touched Cara’s face before smiling and nodding its head. Cara felt her thoughts mingle with the creature’s thoughts. Welcome. We have many questions. The creature said telepathically. We have not seen humans for over 200 years. We are the Unahaon, and we are a people of hope and prosperity. Please stay as long as you like.

The walk back to the Soul Corridor was quiet. Cara and Brendan stayed deep in their thoughts until Brendan spoke.

“Cara? I don’t think we should tell your sister, Kenna, that we found the Soul Corridor.”

“Because she has a dark side. She has a lot of anger and jealousy toward you.”

Cara sighed. “I know. Maybe you’re right. Let’s keep this to ourselves for now.” They made their way back to the location of the tunnel. Cara opened the barrier, and they disappeared from their newly discovered world.

Be sure to read the “first part” of the Soul Corridor series!