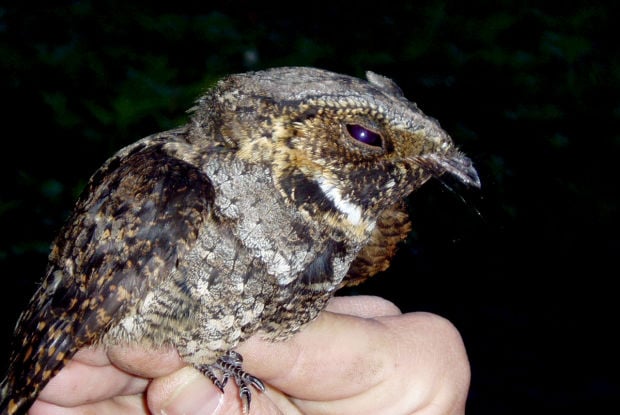 Some songs play well with our ears, and some songs wreak havoc with them. Then some songs evoke a magical realm that transports us to the forest of whimsical animals and peaceful creatures. One such song is that of the Whip-poor-will. Its song is like a beckoning to our ears that draws us into our mind’s eye. I remember listening to the Whip-poor-will as a child and found these hidden treasures a great mystery. They ushered in the night with soulful calls that seemed to soothe my mind.

If we were to close our eyes while listening to a Whip-poor-will, we might dream of different worlds or a secret place that only we could know. What is a whip-poor-will? It is a bird measuring 8 to 10 inches in length and is most active at dawn and dusk. It is named after its distinctive call. They are ground nesters and are perfectly colored to camouflage them when rearing their brood of usually two chicks.

An interesting tidbit about this beautiful bird is that their breeding is synchronized with the lunar cycle. This is likely done so that chicks will hatch before a full moon allowing for extended foraging time while chicks are young. These birds are nocturnal and consume large quantities of beetles, moths, and other insects each night — made possible by a large, wide mouth.

The whip-poor-will typically breed from central Canada to the Atlantic coast and as far south as Georgia. Its winter range is the southeastern United States and parts of Central America.

Sadly the whip-poor-will has been experiencing a decline in numbers and has been added to the list of birds to watch. This decline could be caused by some issues which include land development, deforestation of some areas, and also pesticides. We can only hope that their numbers will improve. It would be a significant loss if we no longer could enjoy such a lovely and mysterious nocturnal little songster.